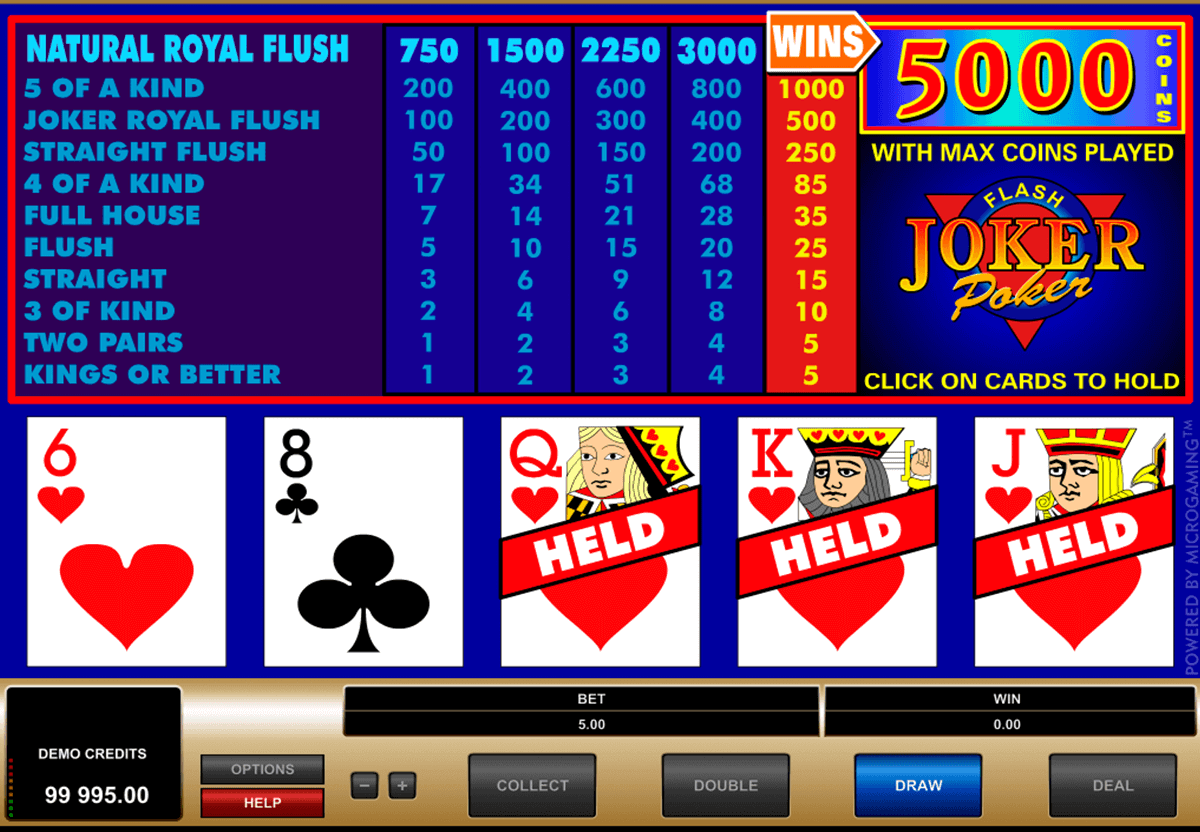 November 2, 2018March 17, 2019 Alisha Collins Poker Online
Video poker is a game of skill as well as luck. Most video poker machines are programmed to pay-out up to 100% when players play at the expert level, the casinos can do this because the vast majority of players don’t play anywhere near the expert play level required. Here are a few tips to bring your playing closer to an expert level and improve your chances of winning.
Try to play only machines that offer full or near full payback percentages. If the machines payback is not posted then look at the chart on the machine and pick out one that pays the most for a full house and a flush. The greater the return then the higher that machine pays-out. For example on a jacks or better machine:

The payouts for every hand combination are attached to the machine. The maximum number of coins is also shown (normally five coins) It is a good idea to always play the maximum number of coins in order to be eligible for the bonus payout for a royal flush. Also make sure the machine has accepted all of your coins before playing in the event that you do get a big win you want to be absolutely sure the five coins were played.Playing progressive machines is a good idea, they can pay large amounts for a royal flush and make the payout more in line with the difficulty of obtaining a royal flush (about once in every 40,000 hands). Play progressive machines that are showing about 80% of the payoff amount (example $2,000 on a machine that has a payoff of $2,500), and be sure to play the required number of coins to be eligible for the payoff.

Don’t forget that in video poker you are playing a machine. The machine is programmed to only payoff when a player holds one of the posted hands. Don’t bother holding a ‘kicker’ card (a high value card to be used along with a pair) this works when playing against other players but the machine doesn’t care and you have lost the opportunity to draw a better card.

Always keep any pair vs. holding a high card. Many players would discard a pair of two’s and keep one or more high cards, this is not the best strategy, trying for three of a kind you have better odds when considering the payout and chances of drawing what’s needed.

Always keep a high pair vs. a four-card open straight, a four-card flush or a three-card royal. Try for three of a kind with the knowledge that at worst you have recovered your bet.

Always keep a low pair over a four-card open end straight. The low pair has more value as a potential 3 of a kind than going for the straight and should be kept.

A three-card royal should be kept over a low pair, a four-card flush and a four card open end straight. The bonus for the royal flush makes it a better play.

Don’t be afraid to draw five cards if you have garbage (one that doesn’t have a least one high card).